Brushing my teeth hurts my gums. What exactly does this imply? 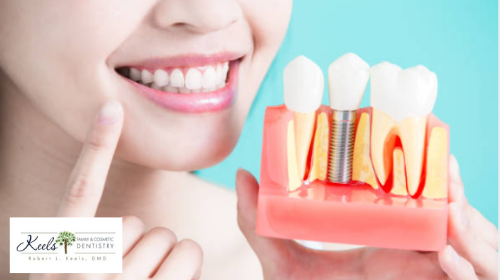 What do Sore Gums Mean?

Sore gums are one of the reasons why people search for a Dentist in Duncan, SC. Sore gums affect millions of people in the United States. You detect a painful sensation in your gums while brushing or flossing. It's possible that during brushing or flossing, your painful gums can start bleeding.

Many individuals don't pay much attention to sore gums because the discomfort isn't usually severe and it's such a frequent problem. Sore gums, on the other hand, could be an early indicator of gum disease. Fortunately, treating painful gums is usually not difficult, especially if you discover it early on in the gum disease process.

There are a variety of reasons why your gums may feel uncomfortable or inflamed while brushing your teeth, ranging from lifestyle to bristle type.

First, brushing and flossing are important parts of good tooth hygiene. You can irritate and even harm your gums if you brush too forcefully, especially if you're using a toothbrush with stiff, harsh bristles. Brushing twice a day is recommended by dental specialists, but it must be done correctly to gain the benefits of good oral hygiene. This implies brushing gently with circular motions rather than back-and-forth with a toothbrush with soft nylon bristles.

Remember to always use a brush with soft bristles if your gums pain after brushing. They clean your teeth just as well as a toothbrush with strong bristles, and our dentists at Keels Family & Cosmetic Dentistry recommend them. Brushing and flossing should also be done more gently.

After that, you're more likely to get gum disease if you smoke or use "smokeless" products. Smokeless tobacco can also hurt your mouth more than cigarettes because it is generally inserted between the cheek and gum. This can lead to receding gums, as well as ulcers both inside and outside the mouth. This not only makes brushing difficult, but it can also lead to oral cancer.

Fourth reason is Canker Sores. Aphthous ulcers, also known as canker sores, are tiny lesions that occur on the soft tissues of the mouth or at the base of the gums. They have a white center with red rims and can cause your gums to become tight and sore to the touch. Canker sores don't require any specific treatment, and they usually go away after a week or two.

Fifth possible reason are hormones. During adolescence, menstruation, pregnancy, and menopause, women's hormones vary, which might impact their gums. Hormonal variations cause increased blood flow to the gums during certain times, resulting in swollen, sensitive, or red areas that are irritated by brushing.

Then we have oral devices. Braces, retainers, dentures, and mouth guards can sometimes pull or push against the gumline, causing cuts or abrasions that become uncomfortable over time. Gums that have been inflamed may flare up during brushing.

Chemotherapy can also be a reason for sore gums. Non-cancerous cells, such as the linings of the gums and cheeks, can be affected by medications that target and kill fast-dividing cancer cells. As a result, many chemotherapy patients suffer from swollen gums and oral ulcers during their treatment.

Finally, we have stress. While it may appear unconnected, stress elevates your cortisol levels, which increases your risk of inflammation throughout your body, including your gums.

In Duncan, SC, our dentists at Keels Family & Cosmetic Dentistry recommend gentle brushing and flossing, using a toothbrush with soft bristles. If your gums are still sensitive after brushing, try using a toothpaste for sensitive teeth. If the problem persists, please contact our office to schedule an appointment.